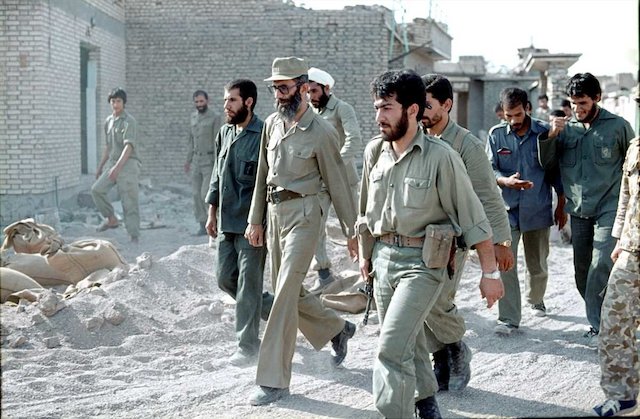 When the war broke out – in the very first hour – I was somewhere close to the airport. I had to deliver a speech in a factory. I was sitting inside a room, waiting for the time to start my speech. One could see a view of the airport through the windows. I heard a noise and I realized that the planes had come. In the beginning, I did not realize what was going on. Later on, they said that it was an attack on the Mehrabad airport.

I went to the meeting where laborers were waiting for me to go and deliver my speech. I spoke for as long as four, five minutes and I said that I have to go because there is an attack on us. I went to the Joint Staff headquarters. Everyone had gathered there. The late Shahid Rajai, Shahid Beheshti and Mr. Bani Sadr were present there. Everyone was there. We went there trying to discuss what we should do. They said – I myself suggested – that we should speak to the people because the people did not know what had happened. And we were not precisely aware of the dimensions of the attack. We did not know how many cities they had struck. We only knew that they had struck other cities in addition to Tehran.

I suggested that we should issue a public announcement. This happened at 2, 3 p.m. – just before Imam (may God bestow paradise on him) issued his message. They asked me to write the announcement. I went somewhere and wrote something. Later, it was broadcast on the radio with my voice. This should naturally be available in the archives of the IRIB.

We used to attend those meetings for a few days – four, five, six days approximately. I did not go home most of the time. Sometimes, I would go home for one, two hours, but we were mostly there day and night. They used to call from Dezful, Ahvaz and other cities expressing their problems: lack of forces, ammunition and resources.

When there was the talk of forces, it occurred to me that there was something I could do: going to Dezful, issuing public announcements here and there and asking the youth to join. Something like that crossed my mind.

Well, it was necessary to obtain Imam’s permission. I could not go there without his permission. So, I went to Jamaran. I thought that he would probably disagree. This was because Imam was sometimes hesitant about such me going through such courses of action – my trips and other such issues.

I relaid my intentions to Hajj Ahmad and asked him to help me gain Imam Khomeini’s permission for joining the frontlines in Dezful when I make my request to him. Hajj Ahmad accepted. We went inside the room. I saw a number of people there. The late Chamran was sitting there.

I said to Imam that I would be more useful if I would go to the war zone rather than staying there[in Tehran]. I asked him to give his permission. Imam said without any hesitation, “Yes, yes, you can go.” I thought that his answer would be a no, but without any hesitation, he said that I could go. When he said that I could go – and I became very happy at that – the late Chamran said, “Agha, let me go as well.” Imam replied, “You too can go.” Then, I turned to Mr. Chamran and said, “Come on, what are you waiting for? Let us go.”

We went out and it was before noon. My intention was to move at once, but he said that we should wait until the afternoon. I was alone and I had not planned to take others with me, but he had company. Later on, I saw that about 60, 70 people had accompanied him. They had worked and trained with him and he wanted to bring them with him. So, he had to collect them. He said to me, “Let us wait until afternoon and let us go to Ahvaz instead of Dezful. Ahvaz is better than Dezful for the purpose.” I agreed with his suggestion. Well, as he was more skilled, more trained I agreed with him.

I went home to say goodbye to the family. I had about six, seven bodyguards. I said to them, “You are dismissed because I am going to war. You are with me to prevent others from killing me, but I am entering the arena of war and there, having bodyguards makes no sense.” Those kindhearted individuals began to cry and they said that they would not leave me alone. I said that I would not take them with me. They answered, “Very well, do not take us as bodyguards. Take us with you as comrades. Let us come because we would like to go to the frontline. Take us with you for that.” I agreed. They accompanied me to the area that we went. They were with me until the end.

We set off in the afternoon with the late Chamran. We got into a C-130 and headed to Ahvaz. Ahvaz was completely dark. I have seen that some people, who write novels or reports about the frontlines, have written things which are completely untrue. Well, I saw Ahvaz up close on the first days of the war and I stayed there for a while. Those respected non-revolutionary novelists wanted to prepare a report about the war and they wanted to write something. However, what they have written is completely untrue. What they have written about other cities are untrue as well. One of them has written about the events in Tehran. That is untrue as well. In fact, they did not want to reflect the issues correctly. Our own writers and novelists should enter the arena and write these things. If we do not write, others will write it differently [from the truth].

Well, Ahvaz was dark. We went to the 92nd brigade in darkness and after that, we went to the governor general’s office and we stayed there. The first night we arrived there, the late Chamran gathered his people and said that he would carry out an operation. We said, “What operation?” He said that they would go hunting tanks! I too had a Kalashnikov. It was mine. I had a personal Kalashnikov which I had carried with me. I said, “Can I come too?” He said, “Yes, why not? You can come as well.”

So, I put my turban and robe aside and they gave us a set of loose-fitting, ill-fitting uniform and we headed out at night. That was while I had not gotten military training beforehand and I did not have good weapons. No one would go hunt tanks with Kalashnikov! Of course, they did not have RPGs and other such weapons either, they too had come with such weapons. We went there, we did not hunt tanks and we returned. 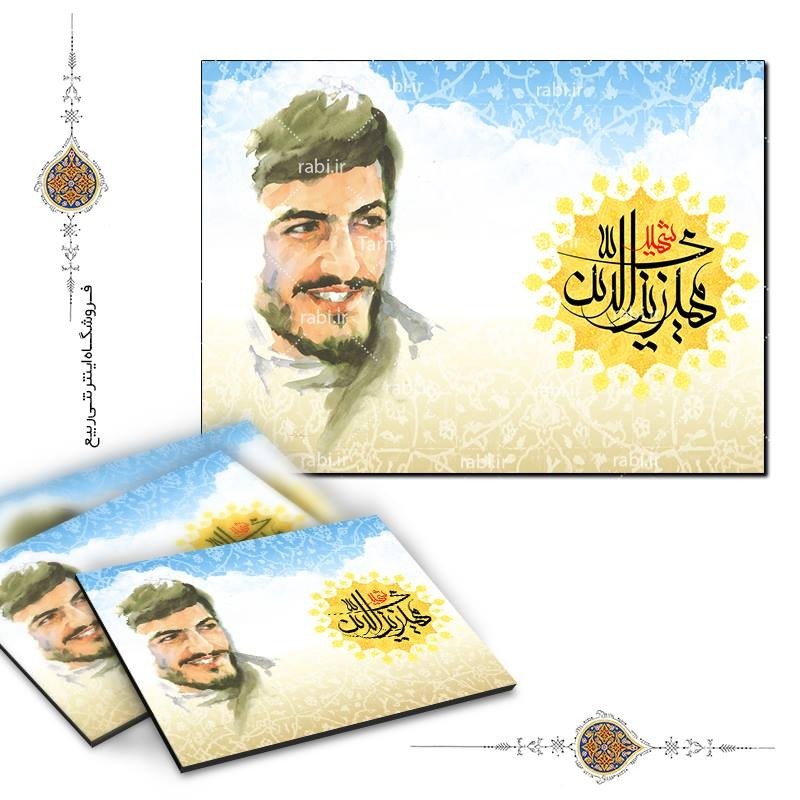 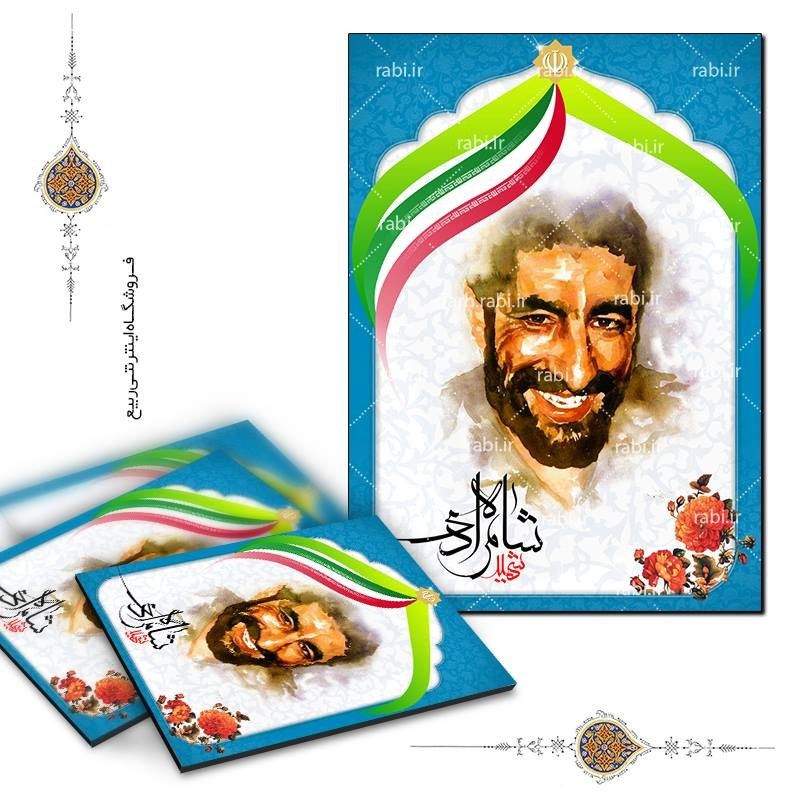 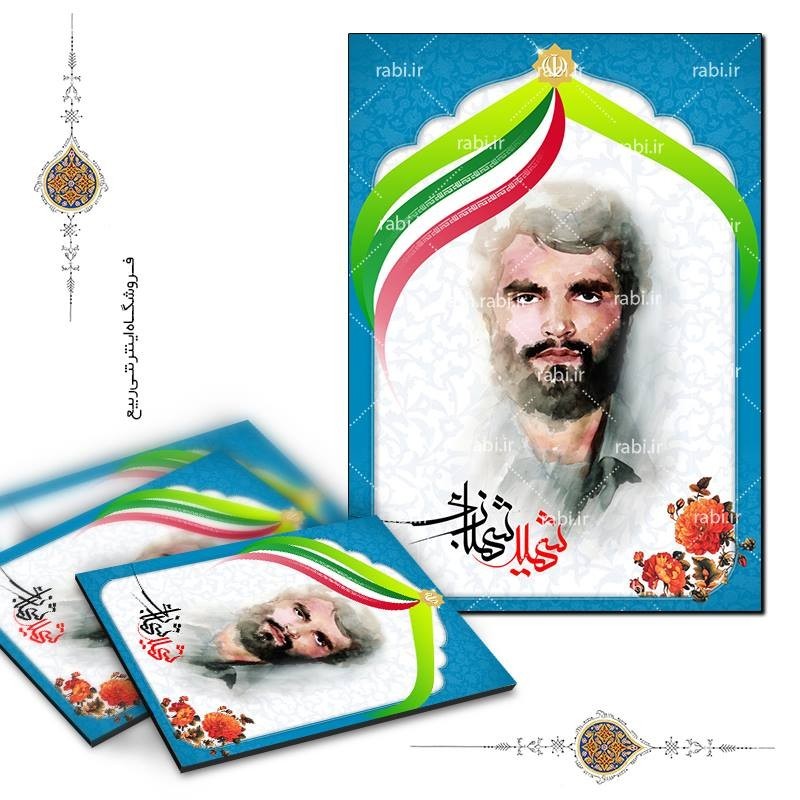 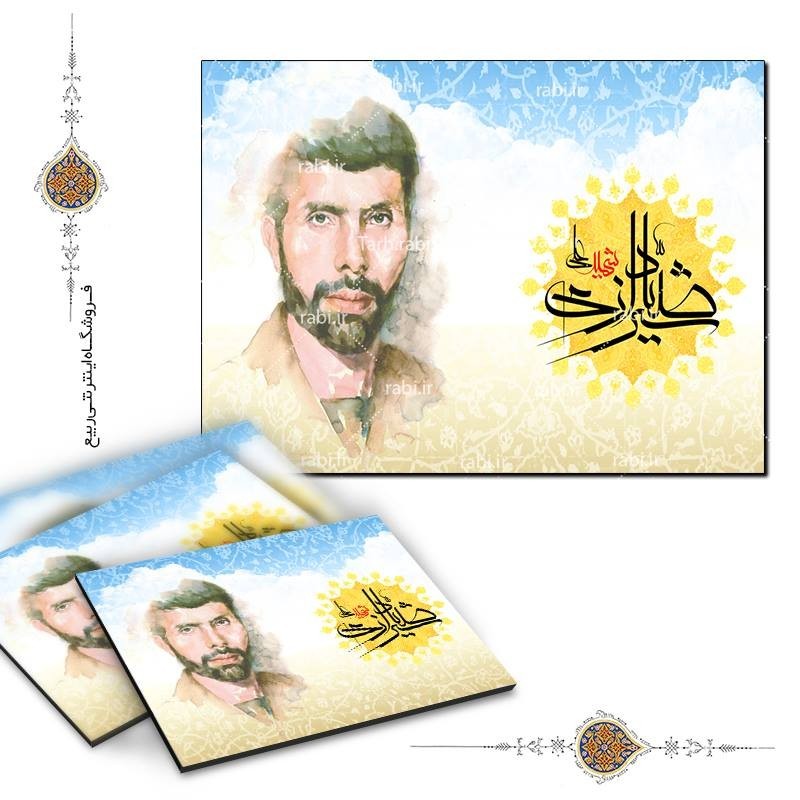 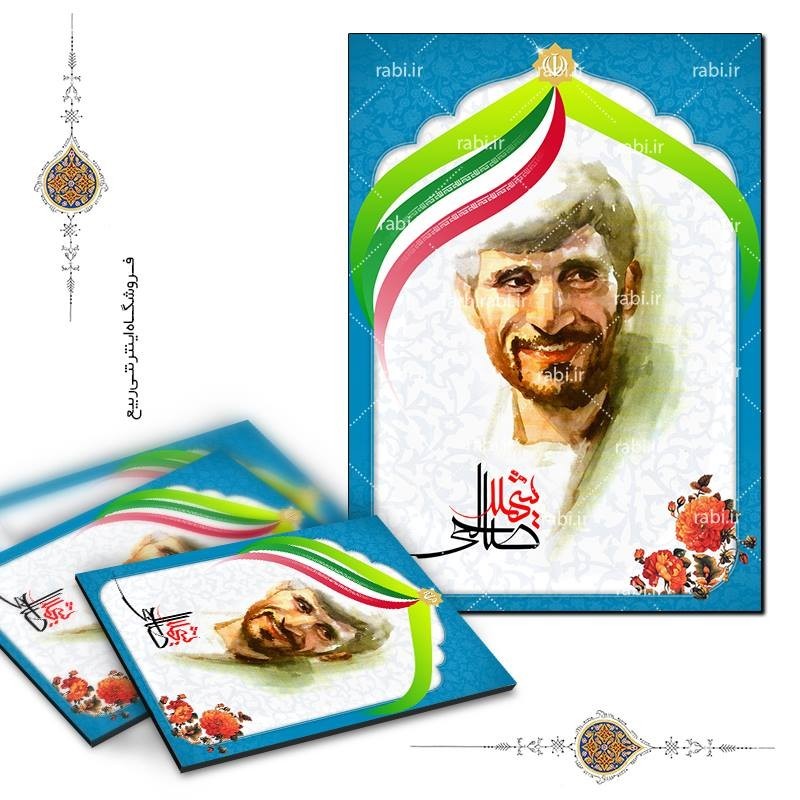 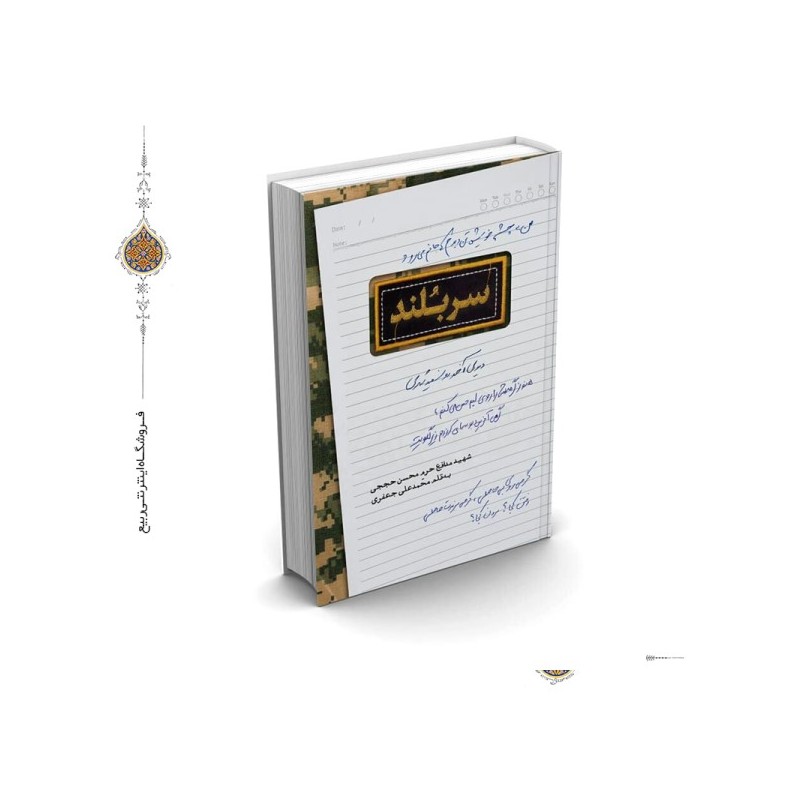 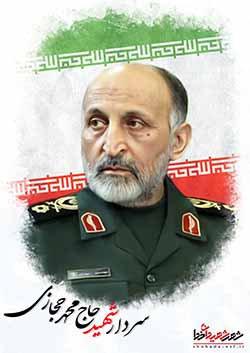 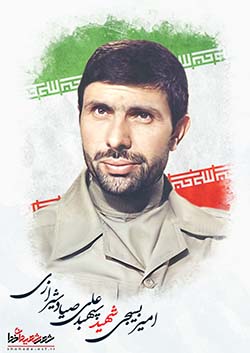 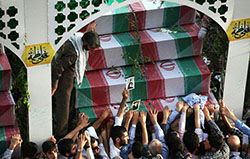 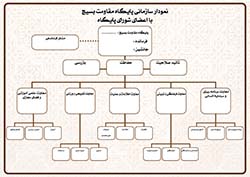 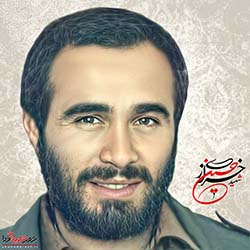 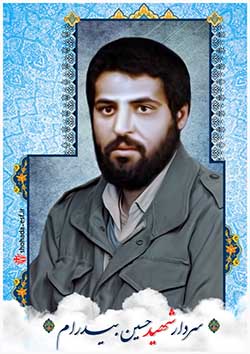 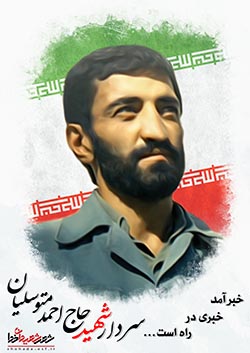 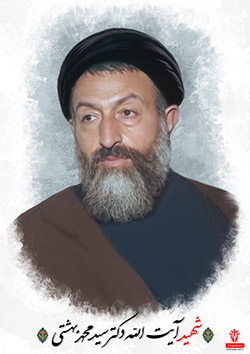 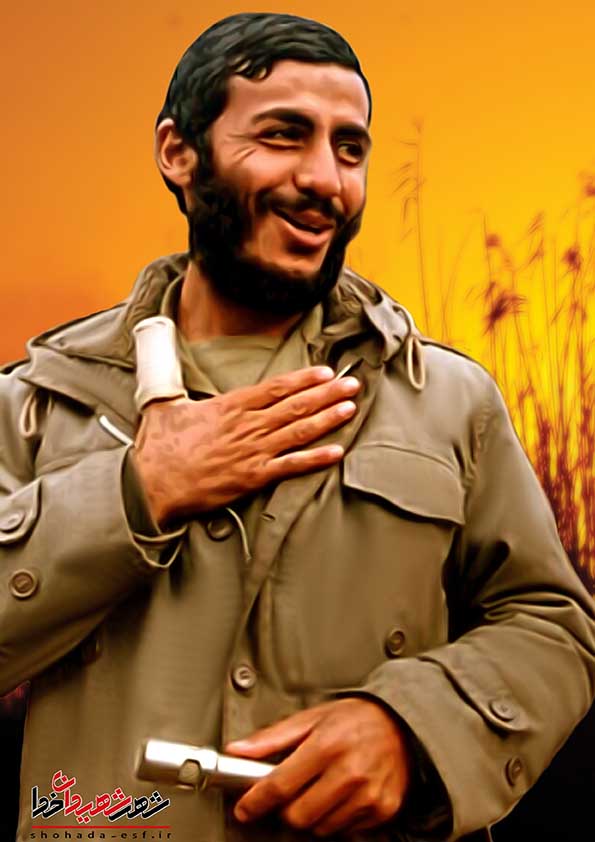